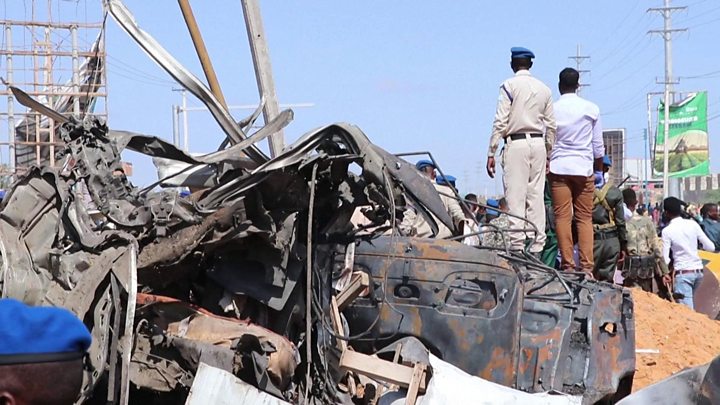 More than 90 people have been killed in an attack in the Somali capital Mogadishu. Dozens were also injured. The attack has not yet been claimed, but maybe the work of the Islamic terror group Al-Shabab.

A car bomb exploded during the morning rush hour at a bus checkpoint in a busy area of the capital. At the same place is also an office where the government collects taxes.

The havoc and the human toll are high: according to the emergency services, more than 90 people have already died.

There are various university students among the dead. According to the Somali police, two people with Turkish nationality were also killed.

It was reported that a small team of Turkish engineers were constructing a stretch of road at the site of the attack.

Dozens of other people were injured, including several children. According to a nurse, more than 100 injured people have been brought into an individual hospital, reports the Reuters news agency. The emergency services expect the number of deaths to rise.