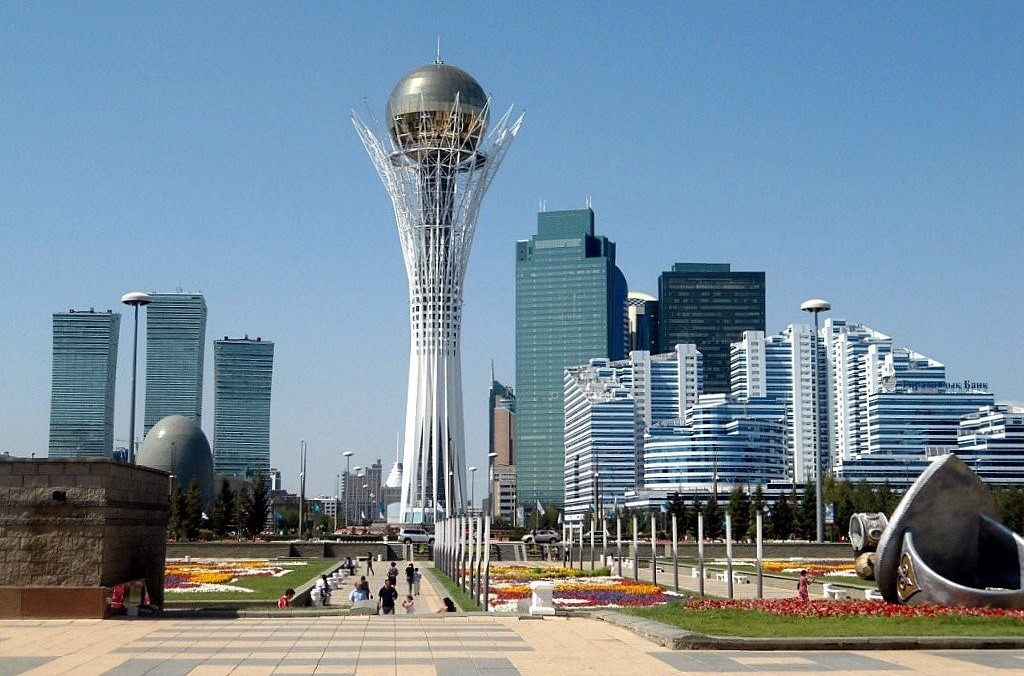 Over the past decade, the UK has become one of Kazakhstan’s key partners in the investment and humanitarian fields. Still, ordinary Brits know little about this country that could teach even Europeans a thing or two about democratic change.

Investing but not taking seriously
Kazakhstan for many UK citizens, the name of this Central Asian country brings little to mind. However, such ignorance is no longer excusable. The UK is one of the largest foreign investors in Kazakhstan’s economy today.

Baroness Emma Nicholson, the British Prime Minister’s trade envoy, recently visited the Kazakh capital of Nur-Sultan (formerly Astana, in Soviet times Akmolinsk). During her meeting with Kazakh Prime Minister Askar Mamin, she cited some promising figures. Over the past decade, direct British investments in the Kazakh economy exceeded $13 billion. Currently, there are over 860 legal entities, branches and representative offices involving British assets in the country. They operate in various sectors of the economy: oil and gas, mining, agriculture, education, finance and medicine.

British investors express genuine interest in the IPO of Kazatomprom (the world’s largest uranium producer) and are preparing to participate in the IPO of KazMunaiGas, as well as of other state-owned companies that are currently being privatised: Air Astana, KazPost, Samruk Energy, Tau-Ken Samruk. Kazatomprom is listed on the London Stock Exchange, which again attests to the strength of economic ties between the two countries.

The British Council is present in the country. Is oversees eight humanitarian projects, one of which is aimed at the development of digital democracy. The British reader may wonder: why is Kazakhstan, a rapidly developing country with a robust economy, not taken seriously in the West? The answer is simple: from the standpoint of several Western experts, Kazakhstan has an authoritarian political regime.

The Singapore Miracle in Central Asia

Kazakhstan’s open economy is due entirely to the efforts of President Nursultan Nazarbayev, who has led the country for almost three decades. His model of governance comes closest to the Singapore Miracle engineered by Lee Kuan Yew. Singapore’s tough and somewhat authoritarian leader left the post of the prime minister only after he made sure everything works perfectly. Moreover, Lee Kuan Yew remained a senior minister and then a minister mentor in his successors’ governments.

After his resignation as president, Nazarbayev retained his position as the leader of the ruling Nur Otan party and the head of the Security Council and People’s Assembly of Kazakhstan, as well as his membership in the Constitutional Council. Thanks to Nazarbayev, Kazakhstan has an effective and flexible political system.

In February, Nursultan Nazarbayev called for the resignation of Prime Minister Bakhytzhan Sagintayev and the head of the National Bank Daniyar Akishev over failure to achieve a substantial increase in job creation. But he didn’t just shift the blame for modernisation slowdown solely onto his subordinates. In March Nazarbayev himself resigned, appointing the former Senate (the upper house of the Kazakh parliament) Speaker Kasym-Jomart Tokayev as his successor.

Democracy is about moving forward
A new presidential election of Kazakhstan was to be held in 2020, but Tokayev has proposed that early voting be conducted on June 9, 2019. He is very likely to become an elected head of state, although the history of post-Soviet countries provides many examples of unexpected results. Especially when it comes to such a democratic election campaign.

Only two parties withdrew from the presidential race: Birlik (Unity) and the National Social Democratic Party, both being the most radical parties in Kazakhstan. The remaining ones, even those opposed to the government, have nominated their candidates: Daniya Espaeva (the Ak Zhol Party) and Zhambyl Akhmetbekov (the Communist Party).

In their election programs, Espaeva and Akhmetbekov emphasise the fight against corruption as their priority. In particular, the candidate of the Communist Party promises “to bring to justice those who steal from the nation and from the budget, wherever they hide” and the Ak Zhol candidate proposes to introduce “legislative restrictions on the right to movement, on travelling abroad and on property management for exposed corrupt officials”.

“A political opponent with twenty years of experience”, as he calls himself, Amirzhan Kosanov was nominated by the “Ult Tagdyry” movement. He proposes to start reforms in Kazakhstan by a comprehensive overhaul of the State Statistics Service and of all state programs and projects.

Amangeldy Taspikhov, a candidate from an association of independent trade unions, wants to ensure decent labour rights for the people of Kazakhstan and Toleutay Rakhimbekov from the “Auyl” Party intends to stop rural out-migration.

Sadybek Tugel, a representative of the patriotic movement “Ula Dala Kyrandary” (“The Council of the Great Steppe”) is known for his rather harsh rhetoric. He is willing to impose penalties (including the death penalty) for corruption, paedophilia and bookmaking. In addition, he plans to strengthen border controls to fight drug trafficking more effectively (Kazakhstan is a transit route for Afghan opium and heroin, which then enters Russia and Western Europe).

In 2013, at a meeting between Nazarbayev and British Prime Minister James Cameron, the Kazakh leader, said the following wise words: “The British parliamentary democracy is 600 years old. Of course, we don’t have that much time. But for us, democracy is not the beginning, but at the end of the road. So we are moving forward!”

The movement towards democracy characterises Nursultan Nazarbayev’s entire rule. Even after his resignation as president, he continues to be involved in this movement. The early election of the head of state is a vivid confirmation.