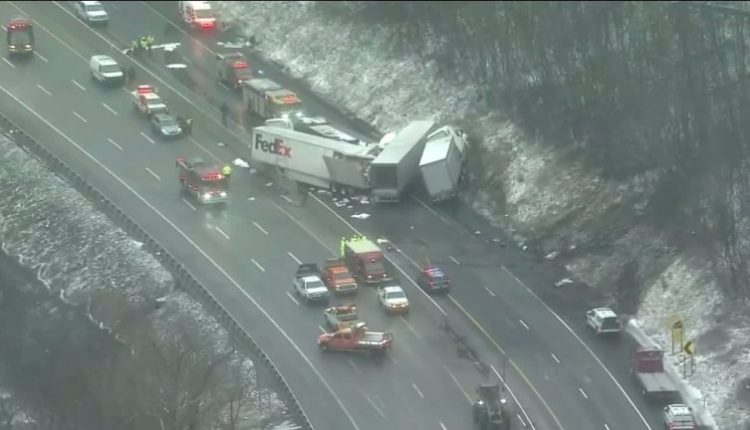 At least five people were killed this morning, and about sixty were injured in a major traffic accident in the US state of Pennsylvania.

American media report that. The accident involved a coach, two trucks with a trailer and several passenger cars.

The accident happened on a toll road at Mount Pleasant, about 50 miles east of Pittsburgh. The bus fell on its side in the accident.

25 victims were taken to the Excela Frick hospital in Mount Pleasant. Nine of them are younger than 18 years old.

At least 25 others were taken to a nearby trauma centre. The victims of the accident vary in age from 7 to 52 years.

The cause of the accident is still unknown, but officials say the terrible state of the road could have played a role.