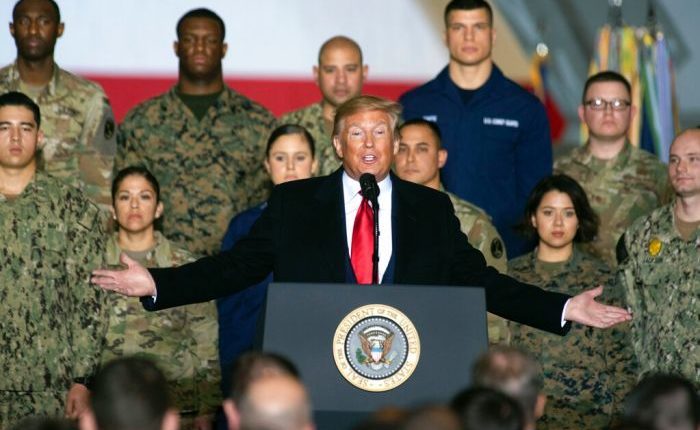 The American president Donald Trump has given the go-ahead for the establishment of a Space Force, an “alien” army unit that will deal with warfare in space.

On a military base near Washington, he put his signature under the funding of the space troops.

In the first year, the figure is 40 million dollars, out of a total armed forces budget of 738 billion dollars.

Our national security is being seriously threatened. That is why American dominance in space is essential, said Trump.

The Space Force is the first new army unit in more than 70 years and will fall under the US Air Force. 16,000 people are employed.

It is not intended that soldiers actually operate in space. The Space Force will, among other things, protect the hundreds of American communication and surveillance satellites.

US President Donald Trump Writes Angry Letter to Democrats: Democracy is Your Enemy