MoroccoInternationalMiddle East
By John Bridge On May 16, 2018 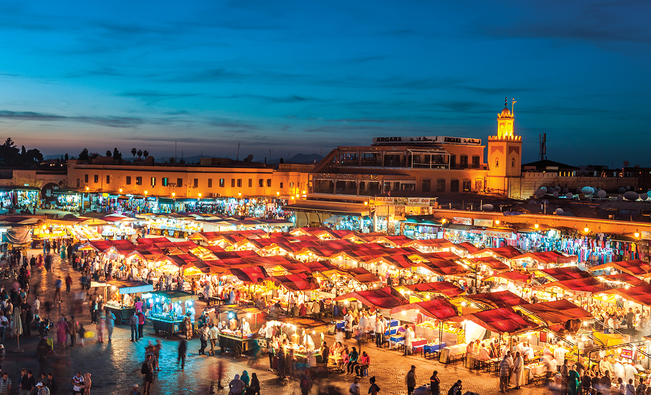 Simple Facebook Message Turns Moroccan Economy Upside Down. Life in Morocco is too expensive, according to many Moroccans. Instead of going out on the streets to demonstrate, activists have found another means to show their aversion. They boycott the products of three brands. The shelves in the stores remain full, reports Week News.

These are milk products from the French Danone, the water from Sidi Ali and the petrol from Afriquia. Since an anonymous call, made around 20 April via social media, more and more consumers have left the products of those companies.

Because: life is too expensive and it only gets more costly, according to the activists. They are protesting against the wave of privatisation in the country and the price increases that they are experiencing. For example, the prices of petrol, sugar and oil are no longer controlled by the government.

There is a snowball effect, and now also known artists have reported joining the activists. This applies to, among others, Dounia Batma, Najat Aatabou and Ihab Amir. The latter reports on Twitter: ‘I support the people because I am one of them and I know the daily fight’. And Aatabou: ‘Enough is enough’.

It started very carefully, with two Facebook pages with photos of the logos of the three brands. A big cross through it and the caption: “We boycott!” Moroccan internet users shared the sheets at lightning speed. And the call was followed.

The three brands do not seem to have been accidentally chosen. For example, petrol brand Afriquia is owned by the Moroccan minister of agriculture, Aziz Akhannouch. The top woman of the company that markets the bottled water from Sidi Ali is Meryem Bensalah, the chairman of the leading employers’ association. Also, ‘Centrale Danone’ is a full subsidiary of the French Danone. But above all, the company is a quasi-monopolist in the field of milk and milk products. According to Moroccan internet users – who want to remain as anonymous as possible – the action is also aimed at the incestuous bond between the business community and politics.

Although hard figures are missing, it is clear that in the more than three weeks that the boycott lasts, there are significant consequences. Via Twitter and other channels, photos are shared from empty filling stations and, on the other hand, crowded cooling compartments with products from Danone and Sidi Ali. And several anonymous activists, who feel that this way of discontent is better and harder arrives that massive demonstrations have already announced that other companies are nominated to be boycotted as well.

The minister of economic affairs, Mohamed Boussaïd, is furious at the activists. “These brainless people have to remember that their stupid action strikes Moroccan workers.” And his colleague of agriculture emphasised that the small Moroccan dairy farmers, who supply their milk to Danone, are left with their production. “As a result, the entire sector threatens to stagnate.”

Dad Arrested for having a Baby with His Daughter

Mark Zuckerberg Comes to European Parliament to Justify Himself