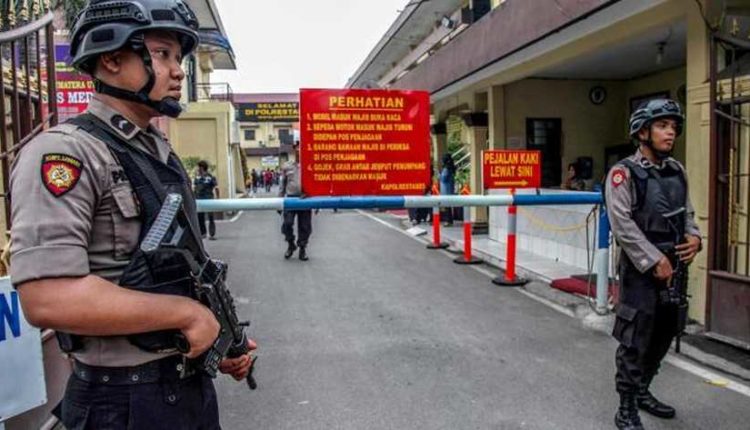 Police Prevent New Attack in Indonesia. The Indonesian police have shot four men today who attacked the police station in the Sumatran city of Pekanbaru. Indeed, one officer was killed after being hit by the attacker’s vehicle, police say to City News Journal.

The men had stepped out of a vehicle at the police station. There they attacked agents, allegedly with samurai values. Certainly, two police officers were injured. A journalist would also have been hit by the attackers’ car. The police arrested one of the perpetrators who tried to flee.

One of the attackers probably wore a bomb vest, according to a police report. The spokesperson did not confirm that. The television showed images of a man lying on the floor next to a long sword.

Indonesia has been startled by several attacks in recent days. Thus six members of a family blew up at churches in Surabaya on Sunday. A day later, a five-member family committed a suicide attack at a checkpoint in the same city.

Dutch people who go to Indonesia must be alert after the recent bloody attacks in the country and avoid crowds, the Ministry of Foreign Affairs advises. “There is an increased risk of terrorist activities throughout Indonesia.”

According to former HelmonderJoey Schouten (20), it is a ‘madhouse’ in Sidoarjo, where he stays with a friend. The place is about thirty kilometres from Surabaya. “Security has tripled”, says Schouten. “You see soldiers with guns everywhere. In all places where things could go wrong, such as airports and government buildings. And on the street. People are afraid. They do not dare to leave their house. “

According to the Helmond, who emigrated to Indonesia two years ago and set up an export company there, the reporting from the Indonesian government is very formal and reserved. Most news comes via, he says. “The local people find it very nice that foreign media pay a lot of attention to the attacks.”

The Indonesian government also warns people not to take to the streets when it is not necessary and to avoid public places. “Many warungs (small stores, ed.) Also remain closed. A friend of mine works at the airport in a sandwich shop. She is so scared; she does not dare to go to work. Also because children are now involved. ”

Surabaya is located in East Java, where the majority of the population is Muslim. But the residents do not want to link the attacks to Islam, says Schouten. “Terrorism has no religion, they say here. People do not blame themselves. “

Europe and Iran On Track for Saving Atomic Deal