TechnologyNews
By Vincent Brimble On May 17, 2019 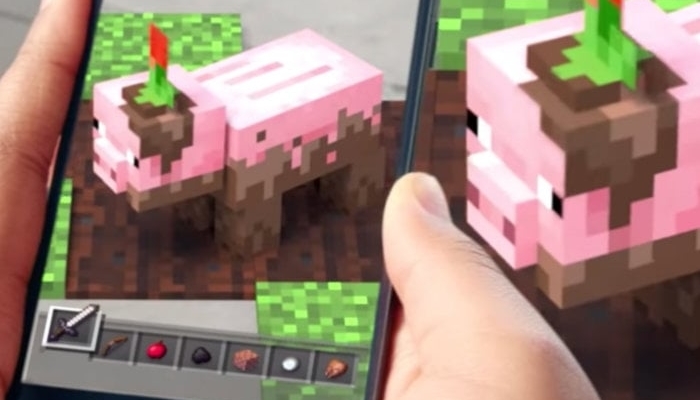 The game works just like Pokémon Go with augmented reality (AR) where the game takes place in the world around the player.

A trailer shows that players can make structures in their immediate environment via Minecraft Earth.

These structures then become visible through the game for other players in the game.

By using the camera of the smartphone, it appears as if the Minecraft objects are in the real world around the player.

Just like in Pokémon Go, players have to go outside to collect materials and objects to use in their creations.

During these explorations, players may also encounter monsters that they must defeat,

just like in the computer version of the block game.

It also becomes possible to work together on creations and complete special assignments in the game.

It is not yet known when the game will become available.

A beta test will start this summer.