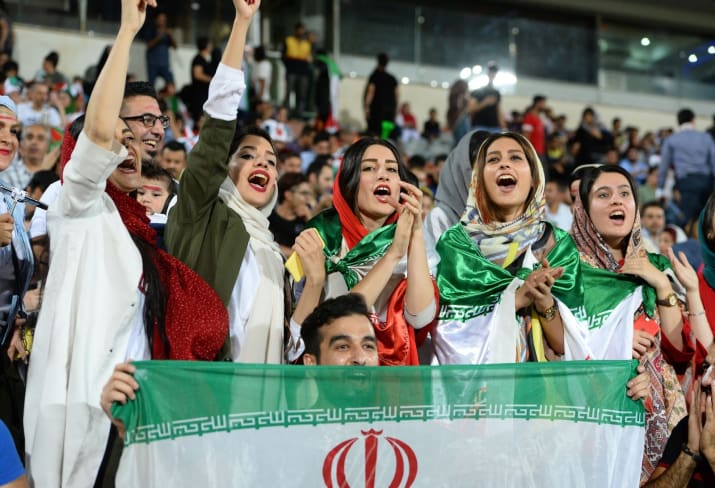 For the first time in nearly forty years, women were sitting in a football stadium in Iran last night. However, it is not a habit. The ban was only temporarily lifted for a live screening of the World Cup match between Iran and Spain, published by Zoom News.

For 37 years, female supporters in Iran have been unable to attend sporting events. After national and international protest an exception is made during the World Cup.

Yesterday were also women of the party in the Azadi Stadium in Tehran during the World Cup match between Iran and Spain.

“The women were excited to enter the gates of the stadium for the first time”, says OpenStadiums, an activist group that promotes access to sporting events for women in Iran. “But most did not dare to believe it before they were effectively in the stadium.”