Fifteen Dead after Explosion and Shootout in Sri Lanka Raid 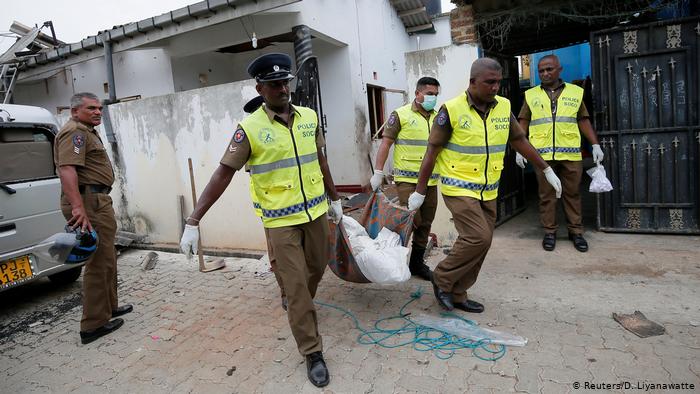 Fifteen Dead after Explosion and Shootout in Sri Lanka Raid. At least 15 people died in Sri Lanka when suicide bombers blew themselves up who had been cornered by security forces. There are six children and three women among the dead, police spokesperson reports.

The police and the army wanted to storm a hiding place of Muslim fighters in eastern Sri Lanka on Friday evening.

There was a firefight between the security forces and the militants, after which three explosions occurred in the house. The police suspect that one or more suicide bombers have blown themselves up.

Twelve bodies were found in the house during a search of the building after the confrontation. Outside, three men were found dead, who were probably suicide bombers. A woman and a child have been brought to the hospital with injuries.

Earlier on Friday, the Sri Lankan security services found explosives during a search in Sammanthurai. In the house were several jerry cans with fuel, bars of gelatin dynamite, thousands of metal balls, ignition mechanisms and a drone.

There was also found a flag and clothing of Islamic State, which may have been used in a video to claim the Easter attacks. In total, more than 250 people died in several explosions in churches and hotels.

Learn Why People Choose Fabric Chesterfield Sofas than Others?