Device Aviodrome Crashes In South Africa With Three Dutch On Board 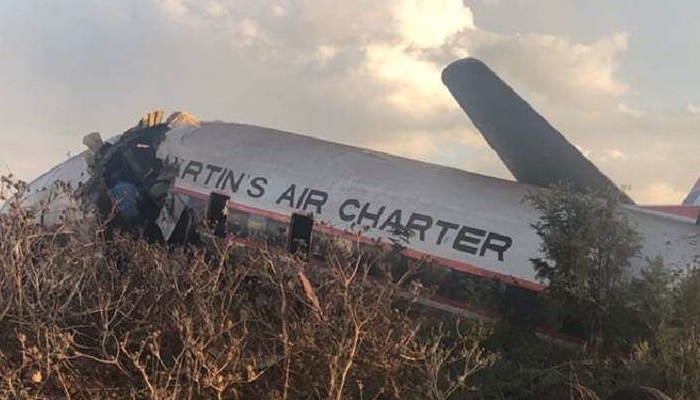 Device Aviodrome Crashes in South Africa with Three Dutch on Board. In a plane crash at South African Pretoria, a casualty occurred on Tuesday, and about twenty people were injured, reported by The Greater.

It is a Convair, a perfect device from the fifties that would soon come to the Aviodrome in the Netherlands. There were nine people on board, three of whom were Dutch.

The plane crashed at the airport of Wonderboom, north of Pretoria. The correct number of victims not reported yet.

A spokesman for the Aviodrome reports that three Dutch employees were in the aircraft. They were slightly injured and taken to the hospital for control.

The pilots came from Australia, and further South African technicians were on the plane.

The wounded were managed on site by the emergency services. The people who are worst off were taken to the hospital by helicopter.

”The first reports show that around twenty people have sustained injuries ”, emergency service ER24 reports. The injuries would range from mild to very severe.

The South African News24 report that the pilot would be in bad shape. And still stuck in the cockpit according to aid workers.

Test flight
Aviodrome says to be “very shocked”. According to the aviation theme park in Lelystad, the Convair collapsed during a test flight.

The South African emergency services have not yet published anything about this.

It is a Convair C340, a twin engine with standard star engines. The aircraft was sprayed in the colours of Martin’s Air Charter, the earlier name of Martinair.

The KLM has also used this type of aircraft in the past.

Martinair expresses his condolences to the crew, passengers and those concerned in the plane crash. KLM, the parent company of Martinair, emphasises that it is not a device of the Dutch airline.

Route
The crashed Convair C340 from 1954 was donated to aviation museum Aviation by Rovos Rail, the South African owner.

After the specific technical work, the historic aircraft would fly through Africa and Europe, hopefully, this summer to new home base Aviodrome at Lelystad Airport.

Around 12 July the plane would start with the flight from South Africa.

Since the Convair is suitable for mainly short and medium distances, there would be several stopovers on the way to the Netherlands.

The route was mapped from South Africa via Zambia, Uganda, Sudan, Egypt, Croatia and Austria to Lelystad. An experienced crew would fly the aircraft.

Dutchman Gets A Top Position At European Commission