British In EU Can Lose Access To Banks At Brexit

NewsInternationalLocal
By Vincent Brimble On Aug 24, 2018 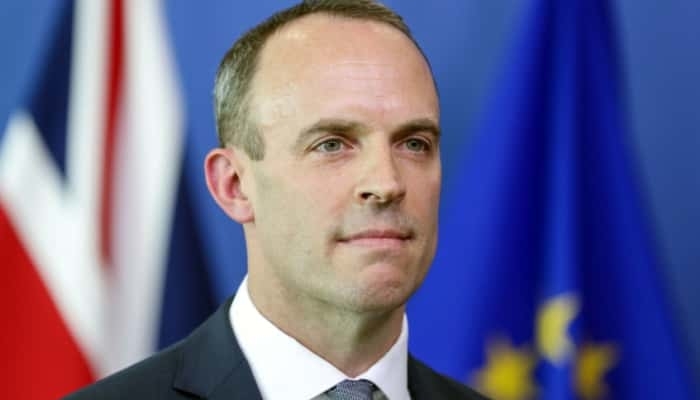 British in EU can Lose access to Banks at Brexit without Agreement. Britons living in the European Union may lose access to their bank accounts if no Brexit agreement is reached.

That stated the British Brexit minister Dominic Raab on Thursday with the publication of a series of documents that the British should plan for a no-deal scenario.

Raab gave a press conference to explain the publication.

buying European items according to Raab will also slow down and become more expensive.

It is due to the end of the free movement of goods between the UK and the EU.

The Brexit minister remained optimistic about reaching an agreement.

“Although we are explaining these technical guidelines for the unlikely event of a no-deal scenario,

I still have confidence in a successful outcome of the negotiations.

” He also called reaching an agreement “the most likely outcome.”

The documents mainly have adverse effects on British business. In addition to losing access to the European internal market,

the British must also take into account the introduction of import tariffs on British goods when no agreement is reached.

Brexit is getting closer and closer
Raab at the press conference waived “wild claims” about a possible lack of medicines and food after a no deal Brexit.

“Let me reassure you,” said Raab Thursday afternoon, “it will remain possible to continue enjoying a BLT sandwich (bread with bacon, lettuce and tomato, ed.) After the Brexit,

and the army will not be used to store food. To keep up. “

Despite the reassurance, the chance of a Brexit without an agreement seems to increase. The United Kingdom will leave the European Union on 29 March 2019,

but discussions have been delayed for some time. Stumbling blocks remain the Northern Irish border issue and the future relationship with the EU.

On 17 and 18 October, there will be another EU summit, where the Brexit will be discussed.

This date is seen as a soft deadline for a deal so that both parties still have sufficient time to execute parts of the agreement.

Ryanair Recognises Forsa As The Only Union For Irish Cabin Crew