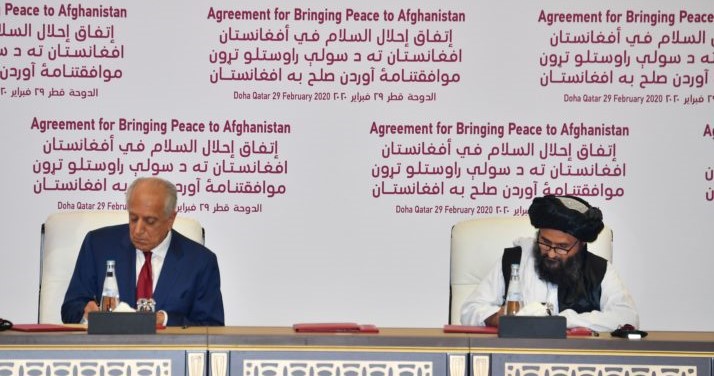 In Doha, the United States and the Taliban signed a historic agreement to withdraw the troops from Afghanistan. The Taliban is an Islamic fundamentalist organization that controls a large part of Afghanistan.

If the Taliban refrain from violence, the American (and NATO) soldiers will leave Afghanistan within 14 months. That would mean the end of the most protracted US foreign military intervention.

The withdrawal of those troops was an election promise from President Trump. The agreement can put Afghanistan on the road to peace.

After years of negotiations, the United States gradually promises to withdraw their troops from Afghanistan. At present, around 13000 soldiers are stationed in Afghanistan, the first group of which would have to leave the country in four to five months, going 8600. All other US and NATO forces should follow within 14 months.

But then the Taliban must adhere to the agreements made. For example, the Taliban promise that Al-Qaeda or other extremist groups will not admit to their territories and that they release prisoners. The United States also promises to release thousands of Taliban prisoners.

According to the agreement, the Taliban must also start peace talks with the Afghan government, which was not involved in these talks.

In that sense, the agreement represents a chance for peace on the way to the country, although there are still many obstacles on the way to it.

For the American President Trump, the signing is certainly very good news: taking the American troops out of Afghanistan was one of his election promises. This would put an end to an American operation that lasted 18 years, the longest foreign American intervention.

Whether the average Afghan can really hope that decades of violence will end after decades is by no means certain.