The Netherlands Is Sending Sixty Extra Soldiers To Afghanistan

NetherlandAfghanistan
By John Bridge On Jul 6, 2018 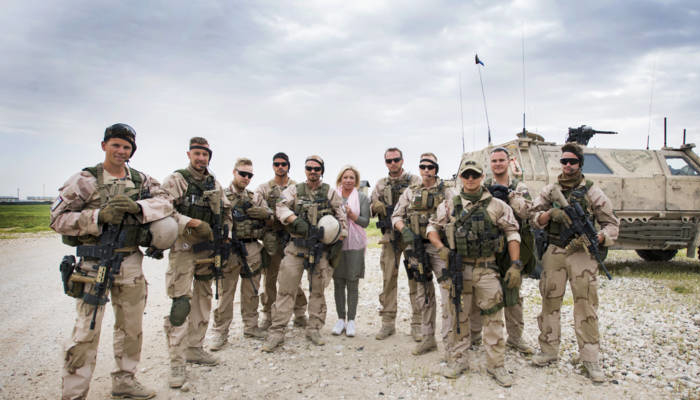 The Netherlands is Sending sixty Extra Soldiers to Afghanistan. The House of Representatives admitted to the extension and extension of the mission in Afghanistan on the last day of the meeting before the summer recess, reports Planet Engine.

In addition to the four government parties, GroenLinks, PvdA and SGP also gave their support. Until the end of 2021, 160 Dutch soldiers will remain active for the NATO mission.

Since 2015, Dutch soldiers in Mazar-e-Sharif have been training and advising senior officers of the Afghan army and the police.

Also, some sixty mainly commandos and marines are engaged in the training of a particular police unit, which will fight terrorism and organised crime.

The sixty extra soldiers will mainly deal with the training of Afghan commandos. They work together with German colleagues.

In the period 2006-2010 Dutch troops were stationed in the Afghan province of Uruzgan, to promote safety and stability there and to help with the reconstruction of the country.

From 2007, however, that mission became more and more characteristic of a combat mission. A total of 25 Dutch soldiers have killed in Afghanistan.

There are concerns in the House about the outcomes of the mission for the armed forces’ preparedness.

Due to the withdrawal from Mali and reduced deployment in Iraq, there is room to expand the mission in Afghanistan, Minister Ank Bijleveld-Schouten of Defense responded.

Dark Middle Ages
Minister Stef Blok (Foreign Affairs) sees the country returning to the “dark middle ages” when the foreign soldiers leave. Martijn van Helvert from the CDA said that “Afghanistan cannot stand on its own feet yet”.

According to Lilianne Ploumen (PvdA), the Afghan people must not be left behind.

The opponents do not see a solution to the problems in sending military personnel. According to Sadet Karabulut (SP), the presence of foreign troops did not bring security.

“There are now more terrorist groups active in Afghanistan than in 2001.” She wants to focus on diplomacy and progress of the country.

“It is an endless war without a winner”, judged Femke Merel van Kooten of the Party for the Animals.