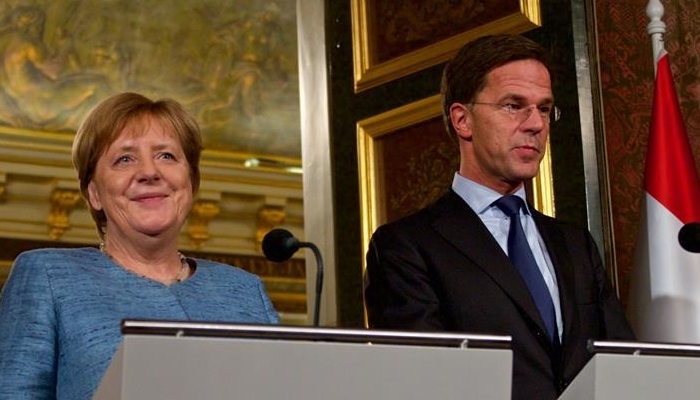 He expects that next week, and steps must be taken if European leaders continue to review the departure of the United Kingdom from the European Union.

“I think we can be very cautiously optimistic next week that we can take steps,”

said Rutte in The Hague at a press conference with his German colleague Angela Merkel.

“A lot depends on the discussions in the coming days.”

Many of the problems, now resolved step by step, the prime minister said.

“But of course there are a few big issues that we have to face.”

He mentioned, among other things, the future relationship of the British with the internal European market,

and with it the significant issue of the border between Ireland and British Northern Ireland.

Chancellor Merkel declared he was delighted that very intensive negotiations are taking place.

“Progress has been made, but seldom the devil is in the details, and a solution is only feasible if everything resolved,

but if we get a lot further next week, that’s a good signal.”

EU leaders will determine, without the British Prime Minister, whether there is adequate cause to reach agreement on the Brexit.

According to Barnier, the agreement is now 80 to 85 percent off, but the resolution of some critical points is still not clear.

For example, a solution is being sought to see how products from the European Union can be quickly imported into the United Kingdom.

Barnier states that the European Union is doing everything it can to let products cross the border with Northern Ireland in the least drastic way.

It could be done, for example, on ferries or in ports and factories where the products come from.

However, according to the EU negotiator, food safety inspections must take place at the border.

Brexit only knows losers
According to Barnier, “day and night” is being worked on to be able to disassociate orderly on March 30, 2019.

“We will also try to make the fairest possible deal for the future.”

The Frenchman said that the Brexit has no “added value” and only knows losers.

If the 27 EU leaders were confident about the Brexit negotiations on 17 October,

EU President Donald Tusk called all 28 heads of government to Brussels in mid-November to finalise the agreement at the highest level.