SportsNews
By Vincent Brimble On Sep 9, 2019 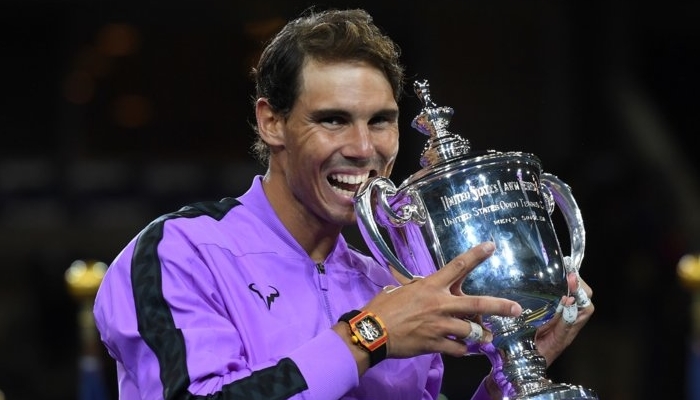 Nadal after US Open title: “Medvedev Forced me to the Limit.” An incredible final. Tonight everyone has seen what my opponent has in store.

That is what the emotional Spaniard Rafael Nadal said after winning the US Open, his 19th grand slam title.

He immediately announced that he would return to New York in 2020 to defend his title.

“The way he played a game forced me to the limit.

Without the energy in this stadium, I would not have made it,” said Nadal.

He mentioned Nadal as an example for 100 million children who play tennis.

“After the two lost sets, I thought I’d get rid of them in three sets.

Somehow I found the energy and got the courage to fight back from the audience,” Medvedev said.

He won the title in New York for the fourth time in his career.

The game lasted 4 hours and 49 minutes.