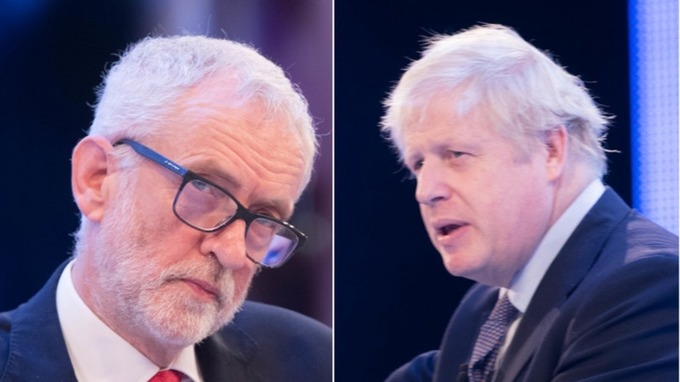 British PM Johnson and Corbyn Last in A Debate: Choice between the Two is Disruptive. “Which philosophy has helped the poor the most: socialism or capitalism?”

It was just one of the key questions of the debate last night in which the two candidate prime ministers Boris Johnson and Jeremy Corbyn met face to face for the last time.

They were with BBC moderator Nick Robinson, with the selected audience of 100 critical questioners and with the voters. They decide on precisely five days who will be the new prime minister and, above all, who will not be.

For those who were eager in their seats: the winner of the debate was Prime Minister Boris Johnson. According to a poll by YouGov, he made it 51 against 49 percent. But the debate itself also produced no surprises.

No question from the audience was affected by either one; no point of view was remarkable or new; no one made a shameful scoop.

The only “smoking gun”, a documentary about the impact of the Brexit on border formalities on the Northern Irish border that Jeremy Corbyn took out of his pocket was laughed at by Boris Johnson.

Why was the debate important? Because one of these two gentlemen will soon be leading the new British government.

The new prime minister faces enormous challenges. He must solve the Brexit chaos, tackle social problems and insecurity and, above all, inspire confidence among British voters. Who is the right person for that?