What is Vector Network Analyzer and How Does It Work? 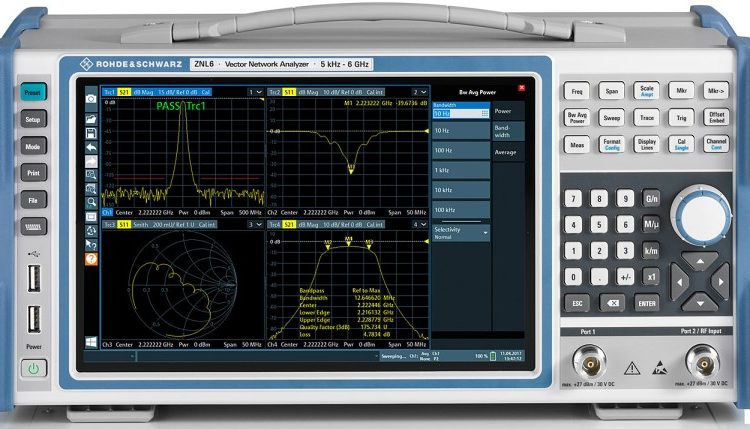 Manufacturing and testing is a crucial task when it comes to IoT. We are living in a world where everything is digital, and what we want next is something better than this. As technology is developing the standards of measurements and testing is changing. In the future, it will go to the next level and for these industries are working to innovate the products which support the way.

We are living with IoT, so how manufacturers compromise with the best performance by the product/device that they are delivering in the market. So, here in the content, we are going to have a product like a vector network analyzer, which is the industry standard.

The vector network analyzer is the testing system, which enables the RF performance of microwave devices as well as the radio frequency that is characterized in terms of S-parameters. Here s-parameters are scattering parameters that describe the electrical behavior of linear electrical network when undergoing steady state.

What is the PNA network analyzer?

PNA network analyzer is the product of keysight technologies covering the frequency band up to 125 GHz in a single sweep. Because of its dynamic range, compact design, output power, traceability, and stability, it is the optimal choice for the various applications. Wireless backhaul and 5G, millimetre-wave imaging, automotive radar, military radar, and many more are there where this PNA vector network analyzer will work. This is the product which we call it as the standard of the industry.

How Does Vector Network Analyser Works?

Difference between the Spectrum Analyser And The Network Analyser

The significant difference between the two is the way the measurement is made. Where the spectrum analyzer analyses the applied signal, on the other hand, creates the signal and then characterizes the device that receives it.

The technological innovation has always provided humanity a new change and sudden advancement. This sudden advancement served the path for progressive developments. When we talk about technology, then the internet of things is the word that exactly fits under it, and this has revolutionized the world in a very impactful manner. The way that we are living has never been possible before and all just because of progressive technology.

So, this is all about vector network analyzer that you must know.

Google Makes an Extremely Detailed Map of the Brain

Taliban Say They are Behind An American Aircraft Crash in Afghanistan